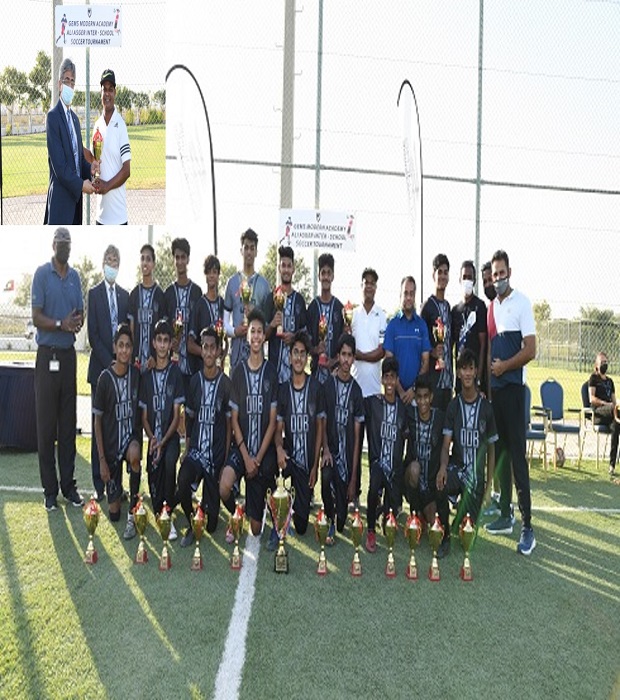 The under – 18 School Soccer Team became the proud winners of the 8th Ali Asger Memorial Interschool Soccer Tournament organized by GEMS Modern Academy, Dubai. They played a thrilling match against The Millennium school, Dubai in the finals. It was a draw (1-1) in the regulation time period and but the ace footballers nailed the championship in the tie breaker by 5-3. The tournament was conducted in knock out format and saw the participation of 8 teams. Afsar Nisar of 10 H received ‘THE BEST STRIKER OF THE TOURNAMENT AWARD’. The team was trained by our soccer coach, Mr. Kajal Kumar Nandi.